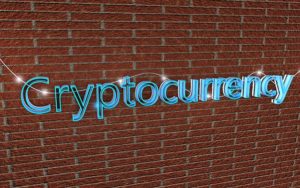 The legality of Cryptocurrency came into question in the year 2015, whereby the Central Bank of Kenya (the ‘CBK’) issued a public caveat over the use of cryptocurrency. In their words, the CBK, states that cryptocurrency is not a legal tender nor is it regulated by Kenyan laws. The uncomprehensive position of the CBK puzzles many, for instance, does it mean that one can utilise crypto at their peril?

This is to inform the public that virtual currencies are not legal tender in Kenya and therefore no protection exists in the event that the platform that exchanges or holds the virtual currency fails or goes out of business.[1]

The warning goes ahead to mention the possible precarious position one can place oneself when transacting using cryptocurrency. However, well-established corporations such as Safaricom prefer acting on the safer path rather than facing unprecedented eventualities as the CBK notice makes it clear that Bitcoin is a form of un-regulated digital currency that is not issued or guaranteed by any government or central bank[2]. In Lipisha Consortium Limited & another v Safaricom Limited[3], the respondent had to suspend the agreement that they had with the first petitioner on the grounds of possible violation of Ant-Money Laundering Act[4] (the AML), not to mention that they had the right and obligation to question the same according to The Capital Markets[5]. 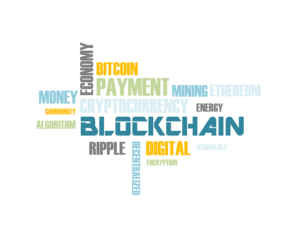 Reading the Caution issued by the CBK together with the AML Act, it is clear that the use of cryptocurrency does not fit within the definition of Money Laundering. s 2[6] provides that Money Laundering is defined under s 3, 4 and 7[7]. However, reasonable questions can be addressed on the conundrum regarding the transactions pursuant to the guidelines on money laundering of the Capital Markets Authority.[8]

That said, no law makes cryptocurrency or use of the same leads to criminal offence, not to mention the caution does not fit to be defined as law rather it only cautions the public from using cryptocurrency. However, if a person decides to undertake a transaction using cryptocurrency, they do it at their risk in the event they incur losses.

In as much as the CBK mentions that cryptocurrency is not a legal tender, it should have utilised s 22 (3) (a)[9] to issue a Gazette Notice to crystallise its position on issues of cryptocurrency. Having not taken stringent measures towards the same, the CBK might be providing an open window to learn from other countries on how they are regulating the cryptocurrency. For instance, there are many untapped factors such as a person paying another to execute a crime, which violates AML Act, also, can a person use cryptocurrency to hide assets during a divorce, bankruptcy or liquidation, avoid civil abiding to court orders? In the United States of America, the Internal Revenue Service intimated in 2014 that it considers handling cryptocurrency as property and not a currency.[10] In reiterating on the same, In re Hashfast Technologies LLC[11], a court concluded that cryptocurrency is not a currency but an intangible property.

It is important that the CBK should review its approach towards cryptocurrency. In addition, since the CBK does not have whatsoever criminal sanctions on owning cryptocurrency but only not recognising it, will it be safe to assert that Kenya can be a tax haven, thus, if one is gaining profits or salary through cryptocurrency. Irrespective of the Government in general lagging behind on new technology, hence, acquisition of below par equipment, it is prudent for CBK to welcome the use of cryptocurrency as intangible property like the US, ‘private money’ as the United Kingdom (the ‘UK’) or the RSCoin also under the UK (yet to be launched and controlled by Bank of England).

The use of cryptocurrency is taking various shapes, as some online sellers are already accepting cryptocurrency as a form of payment for goods or services. Therefore, it will be prudent for the CBK to liaise with other key stakeholders such Kenya Revenue Authority, the Bankers Association of Kenya, the Capital Markets Authority, Consumer Protection Agencies, Cyberspace Monitoring Agencies, etc.

[1] The CBK, Caution to the Public on Virtual Currencies, December 2015

Productive tips: Learn to achive more with your nine to five.

Understanding the risks and the rewards of business & plan scheming.