Football – or also known as soccer in other parts of the world – is a special and most followed sports activity that has a rich history and developed progressively to appreciate modern factors that influences its trajectory. Therefore, like any other sound activity to human beings, there was – and remains to be a need – to regulate football affairs pertaining the organization and management of the activity.

In this Special Issue, the Fédération Internationale de Football Association (FIFA) Regulations on the Status and Transfer of Players will be partly addressed herein.

Regulations on the Status and Transfer of Players

What is the purpose of the Regulations on the Status and Transfer of Players (the “Regulations”)?

The Regulation is a statement to indicate that football must be regularised and regulated from the local to international level, therefore, FIFA provides various regulations, which includes the Regulations being discussed in this Q&A that is not only global but also binding. The Regulations in discussion only focus on the status of the players, eligibility to participate, and transfer between clubs belonging to different associations.

For instance, in the Republic of Kenya, when a player needs to transfer from a football club under Federation of Kenya Football to Brazilian Football Confederation, which is a different football association, it means that this Regulation will be directly relied on. However, in the event the transfer of the player between clubs that are under the same association, for instance, if it is Canadian Soccer Association, the regulations adopted – subject to the approval of FIFA as under Rule 2 of the Regulations – by the Canadian Soccer Association will suffice.

What are the basic factors that must be considered by an Association when it comes to transfers between clubs within the same Association?

In reference to the above answer, what does it mean by:

It is important to note that FIFA acknowledges that countries have different laws that may apply to different circumstances, for instance, a player is an employee and therefore there might be certain provisions of the law that are mandatory on how an employee ought to be treated in various circumstances.

Some of the countries where Collective Bargain Agreements, concerning football, have been noted include: Australia, South Africa, Canada, among others.

Contracts must be respected or cannot be terminated during the course of the season?

Contracts are primarily presumed to be executed upon reaching a consensus to attain a legal purpose. Therefore, it is advisable that all parties at least adhere to the terms of the contract. Also, it helps avoid disruption within the Associations and Clubs particularly after transfer window is closed.

Therefore, a contract can be terminated upon the expiry of the term of the contract or by mutual agreement.

Contracts may be terminated by either party/ professional without consequences where there is just cause?

Contracts tend to provide penalties and other “harsh” conditions that take effect once there is a breach and some of the conditions can arise from FIFA. However, the Regulations acknowledge that in certain instances, there is always a just cause that can result to termination of the contract, and if that is the case, there is no need of a hostile separation.

In the event of termination of contract without just cause, compensation shall be payable and that such compensation may be stipulated in the contract?

Ordinarily when a contract is terminated without a just cause, the party that breaches the contract has the obligation to compensate the affected party (which includes as per the contract).

In the event of termination of contract without just cause, sporting sanctions shall be imposed on the party in breach?

As noted from the “criminology” concept of deterrence, the use of sanctions serves as deterrence. The use of the term “criminology” is not utilised herein to infer that the breach without just cause has anything to do with criminal law or penal codes but a mere analogy on why sanctions are utilised.

Though termination with or without just cause will be determined on a case-by-case basis. Rule 15 of the Regulations provides that “an established professional who has, in the course of the season, appeared in fewer than ten per cent of the official matches in which his club has been involved may terminate his contract prematurely on ground of sporting just cause.” Further, it is important that the professional does terminate the contract within 15 days following the last official match of the season of the club.

What will happen if the contract is terminated without just cause?

In the event of a breach, there are certain factors such as the age of the player, this is where training compensation has to be factored as per Rule 20 of the Regulations. Further, the terms of the contract and national laws will take precedence, specificity of sport, current benefits and remuneration under existing and/or new contract, the time remaining for the current contract to lapse, fees and expenses paid or incurred by the former club. Also, issues such as protected period of a contract and the compensation period not exceeding five years will be factored.

While these terms are applicable to contracts falling under the protected period, ideally when a contract is concluded two years or seasons after the professional attains the age of 28, it is important to note that there will be other applicable disciplinary measures that will be effected. Therefore, one is required to provide a termination notice within 15 days of the last official match of the season (including national cups) of the club with which the player is registered.

Are clubs affected with sanctions or it is only applicable to professionals?

The sanctions equally affect clubs. A club will face various sanction if found to have breached the contract or induced the breach of contract during the protected period. Any club that signs a professional who has terminated a contract without just or sporting cause, it will be presumed that the club is the reason as to why the professional breached the contract, save where it is established otherwise.

If a club commits a breach, it (club) shall be banned from registering any new players, either nationally or internationally, for two entire and consecutive registration periods – with no exceptions applicable.

Does the regulations sanction anybody else, particularly on breaches that result from contracts?

Yes. When a person, who is regulated by FIFA, acts in a manner to cause a breach of a contract between a professional and club, for purposes of facilitating a transfer of the professional, that person will be sanctioned.

Is it necessary to name a third-party in a professional and club contract?

It is a condition that when there is a third party involved in the negotiation of contracts, that person’s name will be in the contract.

What is the length period of the contract?

It should offer a minimum of one season – ending at the end of the season – and a maximum of five years.

What are the primary steps that ought to be considered before a club starts negotiating with a professional for a transfer?

The negotiations to have a player transfer can only be effected when two conditions are met, which are: the contract with the current club has expired or due to expire within six months – however, the reading of the Regulations indicate that there are certain instances when the contract be mutually terminated, therefore, that can be an additional ground to proceed into negotiations upon agreed or mutual termination. Thereafter, the club intending to acquire the services of professional will inform the professional’s current club of its intent to acquire the services of the professional before initiating the negotiations. Failure to follow these steps will result to sanctions.

Is it possible for a professional to be engaged in more than one club?

Is it likely that lack of work permit or medical examination affect the validity of the contract?

It will highly depend on the terms during the negotiating period – among other influential factors. According to the Regulations, it provides that “The validity of a contract may not be subject to a successful medical examination and/or the grant of a work permit.” The use of the verb “may” means that successful medical examination and/or grant of a work permit can be discretionary – therefore, if a contract provides that it is mandatory then that will be the case, and if that is not the case, then there is room to juggle around.

In addition, the Regulations adopt the use of “and/or”. There is a conjunctive and disjunctive respectively, therefore, a club is given the option to prefer on what can be mandatory and what not to be. For instance, the successful medical examination within a given time might be mandatory while grant of work permit might be given a wider window – or vice versa.

Is it legal for a person to have ownership of a professional economic rights?

Regardless of the prohibition, any agreement to participate in the professional’s economic rights that was signed between January 01, 2015 and April 30, 2015 will not be applicable after the end of one year – as from May 01, 2015. However, any similar agreement entered to before January 01, 2015 will continue until the contract comes to an end – the contract will not be extended or renewed.

It is important that any club or player who is under an agreement that allows a third party to participate in the economic right of a professional, the agreement must be recorded and uploaded to the Transfer Matching System (TMS) – the disclosure will entail the full agreement, its annexures (if any), details of the third party, full name of the player, and duration of the agreement. Failure to comply will result to disciplinary measures by FIFA Disciplinary Committee. 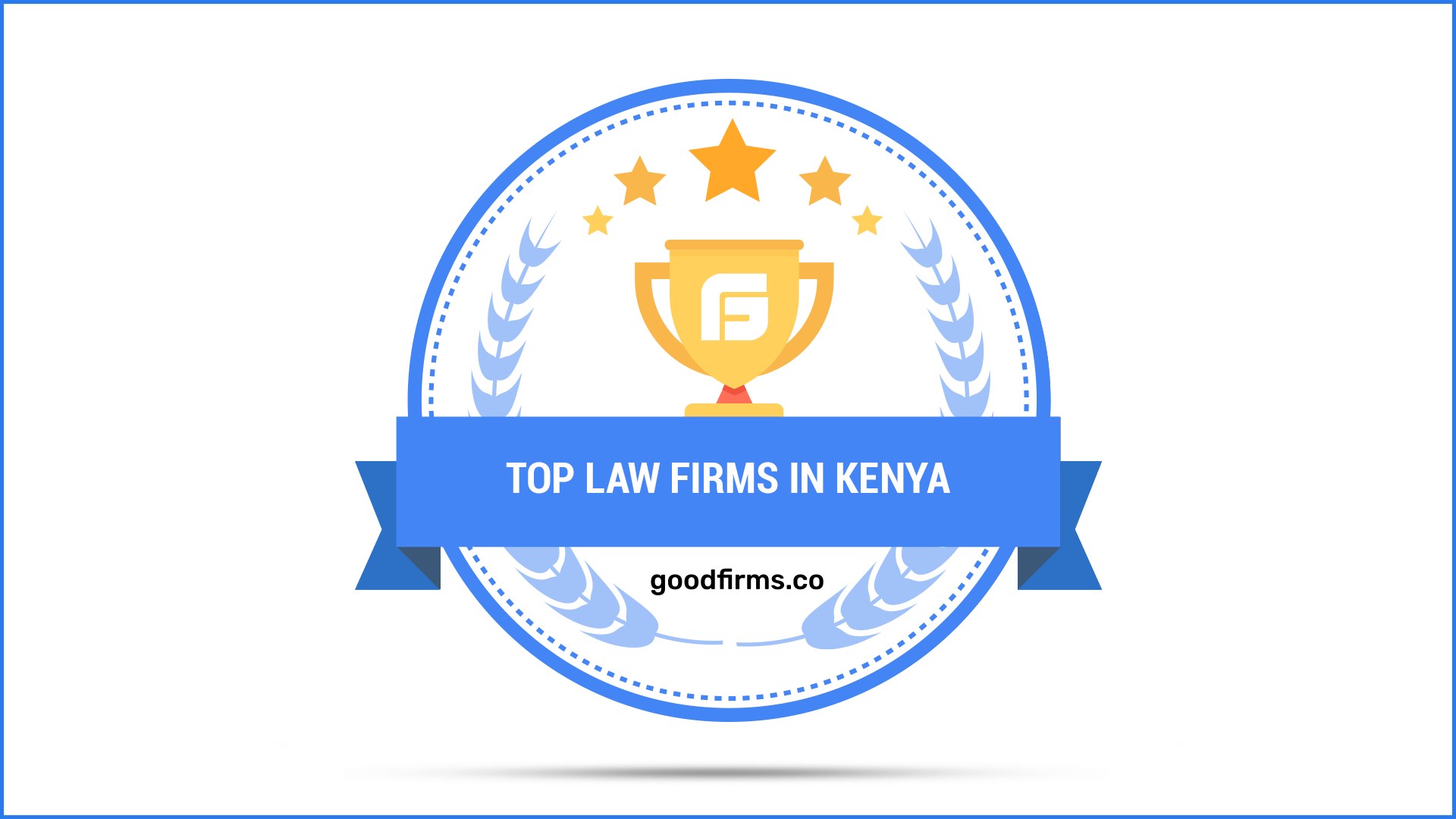